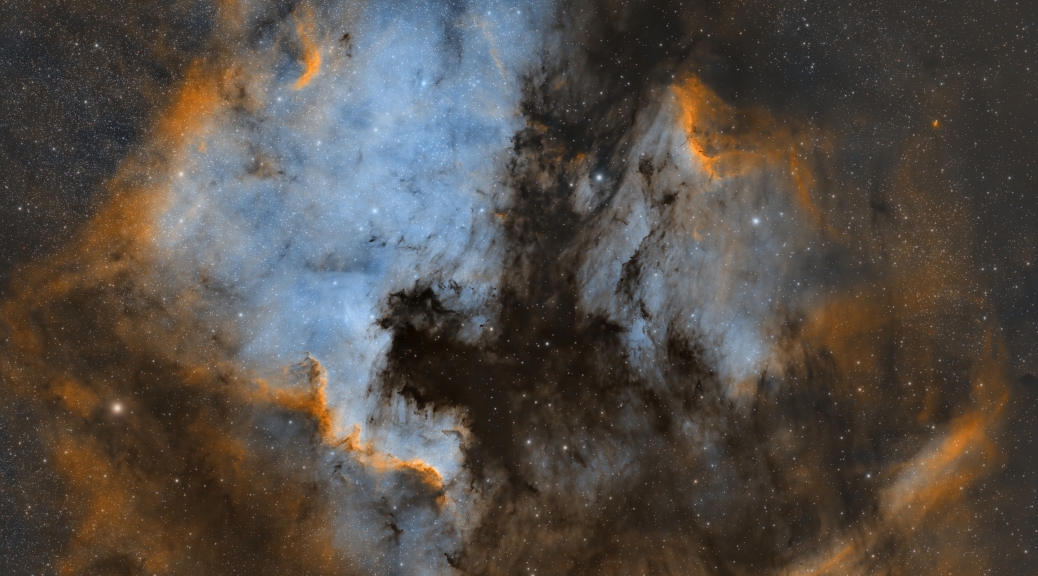 NGC 7000 is a large emission nebula located some 2,600 light years from Earth, in the constellation Cygnus, in the star Deneb’s neighbourhood. It’s informally known as the North America Nebula due to its incredible resemblance in shape to that of the continent of North America, including a the Gulf of Mexico.

The region equivalent to the area between Mexico and Central America is known as the Cygnus Wall, the area of the nebula with the highest star formation rate. The entire nebula covers an area more than ten times that of a full moon.

Associated with the North America Nebula is the Pelican Nebula, a H II region shaped like the water bird from which takes the name. The two are separated by a dark molecular cloud and are part of the same interstellar cloud of ionized hydrogen.

Located around 1,800 light years from us, the Pelican Nebula presents an active mix of young star formation and evolving gas clouds, which will eventually change the nebula’s look millions of years from now.

Where the universe begins…